The Hidden Reason Why People Are Stocking Up on Toilet Paper 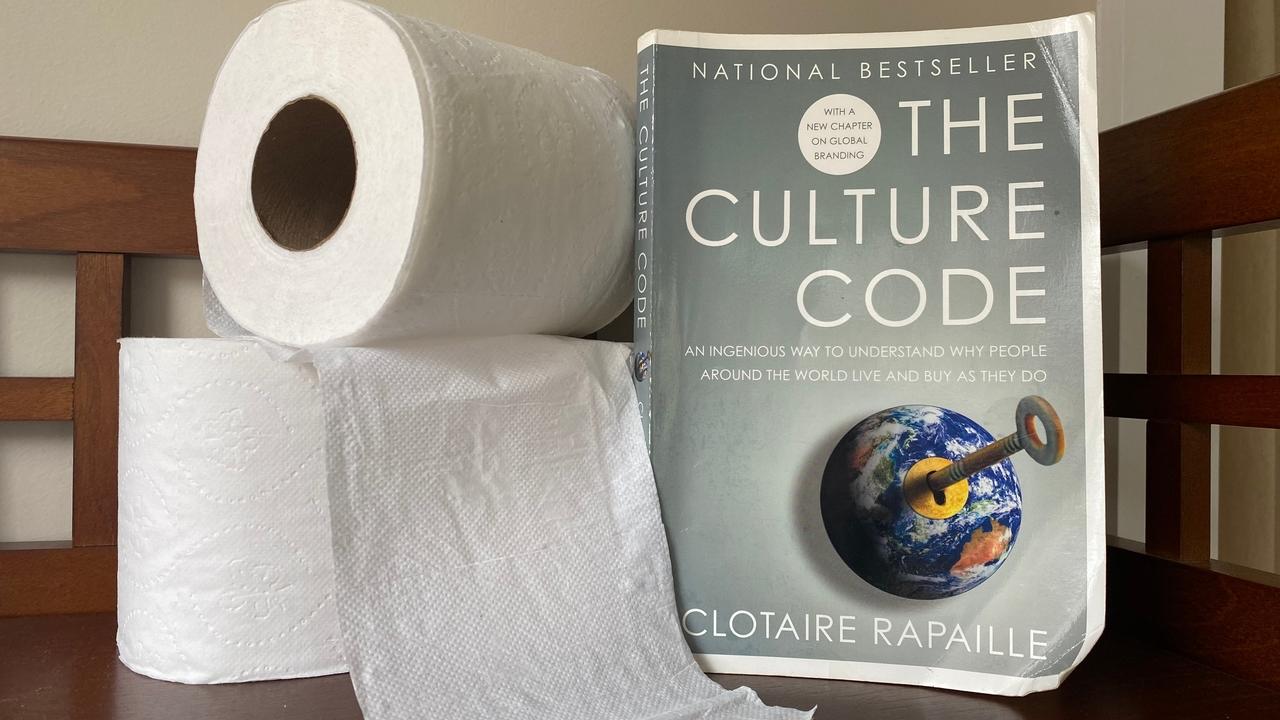 I don’t know about the stores near you, but during this COVID-19 craze, the stores near me quickly slapped a limit on how much toilet paper you can buy.  That’s because shoppers have been buying up toilet paper like barracudas in a frenzy. In fact, for the past week every store I’ve been to has been stripped bare of it.

To understand this toilet paper movement (sorry, couldn’t resist …), we have to look deep into the American psyche.  This is something Clotaire Rapaille (his name is pronounced “rah pie”) did in his eye-opening book The Culture Code.

Rapaille’s groundbreaking work turned him into a marketing secret weapon to big name companies and brands around the world.  But before that, back in the 1970s, he was a practicing psychoanalyst in Paris.

At the time, Rapaille was very influenced by research that showed the connection between learning and emotion.  The research basically concluded that without emotion, it’s difficult … even impossible ... to learn.

These findings eventually evolved into the idea that an experience combined with an emotion creates an imprint.  This imprint then becomes the lens that we see everything through as we go through life. And it affects our behavior ...

So much so that anything that doesn’t jive with our imprint feels uncomfortable, threatening, or somehow “wrong”

For every single one of us, the majority of imprinting happens before we reach the age of 7.  Imprinting is the product of how we were raised and treated by our family, by our peer group, and by the society we lived in at the time … the good, the bad, and the ugly.

So you know those childhood wounds you thought you left behind?  Chances are good they’re still messing with you today … even without you knowing it.

But let's get back to Rapaille ...

Rapaille used this idea of imprinting with his client work, which was mostly with autistic children.  He also lectured around Europe about imprinting. And it was a small conversation after a lecture he gave at Geneva University that led him to a dramatic career shift.

After the lecture, a man came up to Rapaille and said he might have a client for him.  Naturally, Rapaille thought it was an autistic child.

The man worked for Nestle.  He told Rapaille that they were having a lot of trouble selling their instant coffee in Japan.  He thought Rapaille could help them understand why.

He’d have to find a way to uncover what coffee means to the Japanese.  He had to understand what their first imprint was of coffee and what kind of emotion was attached to it.

That’s how he came up with a system to reveal the hidden “codes” that drive consumer behavior. Rapaille and the system he invented eventually became the secret marketing weapon for companies like Chrysler, AT&T, JP Morgan, Citibank, and many other well-known companies and brands.

Rapaille eventually cracked the code on our cultural imprinting for many things.  Everything from cars to sex, to alcohol to ...

Now you may be thinking the decision of what toilet paper to buy isn’t all that earth-shattering.  Most people look for toilet paper that’s soft and cheap. Done. Decision made.

But if that were actually true, people wouldn’t be buying up toilet paper now like their life depended on it.

And there is.  The answer lies in the American culture code for toilet paper.

Rapaille’s research on toilet paper uncovered a fascinating cultural imprint.  It turns out that once a child can skillfully wield toilet paper on his or her own … without the help of a parent or caregiver ... they can shut the bathroom door.  They can close off the world. They are on their own. They get their first taste of independence.

Rapaille discovered that the American culture code for toilet paper is Independence.

And you only need to look back a couple of hundred years to know how seriously we Americans take our independence.  We’ll fight to the death for it.

Or if you’re in a panic because you didn’t stock up and may have already calculated the number of squares each family member is allowed per toilet activity … you may be thinking this sounds ridiculous.

You may be thinking your toilet paper reactions are entirely practical and have nothing to do with a fear that your independence is at stake here.

But the fact is imprints are powerful.  You don’t even know they’re there because they’re embedded into your central nervous system.  There’s no “higher-level thinking” involved here, folks!

In fact, many of the health coaches I work with look at how imprints affected their clients and caused them to have the problem they need help with now.  I’ve seen this approach used on everything from eating disorders to drug addiction. Imprints are the reason why some behaviors are so hard to change.

Not only that.  The lack of imprints can also make it hard to change a behavior, too.

And that brings us back to Nestle’s struggle selling coffee in Japan.

Japan is a tea culture. So the cultural imprinting around tea is very strong for the Japanese.  And Rapaille found there was almost no imprint at all for coffee. Coffee didn’t bring up any kind of emotion in people.

So how then did Japan become the 3rd largest importer of coffee in the world?

Okay, I have to warn you that this next part is a little creepy ...

(At least it is to me because it shows how powerful food companies are at influencing our behavior.  It also illustrates how powerful imprinting is.)

Rapaille suggested the only way Nestle could infiltrate the Japanese market with their coffee was by taking a long-term approach.  They had to first create a positive imprint for coffee in the minds of the Japanese.

Nestle did this by introducing caffeine-free coffee-flavored sweets and desserts to Japan. And they marketed them to children.  This created a positive association with coffee flavor that became imprinted in Japanese children. And as these children grew up with this positive imprint, it made them embrace coffee as an enjoyable alternative to tea when they became an adult.

So if you ever wondered why you have extreme reactions to things or a hard time resisting certain foods, think back to your earliest associations with them.  You may just find there’s some imprinting involved.

If you’re reading this around the time it’s first published (March 2020), you might have some extra time on your hands, thanks to COVID-19.  If that’s the case and you’re looking for a good read, I highly recommend Clotaire Rapaille’s The Culture Code.  It’s a fascinating cross-cultural look at what’s behind our behaviors and preferences.

And if you've been following my more recent articles, you may be wondering what happened to part 4 in the health & wellness coach website optimization mini-series. Don’t worry!  It’s coming in 2 weeks.

In the meantime, you can check out the “website mistakes” I’m posting about on the Piper Wellness Marketing Facebook page and on Instagram.  And if you haven’t already done so, make sure you check out the free resource I created, The Health & Wellness Coach Website Essentials Checklist.  You can download it here.

But before you go, let me know in the comments what the toilet paper situation is in your neck of the woods!